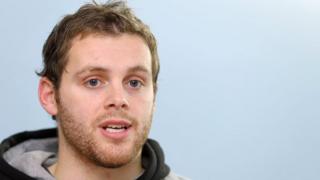 Ulster centre Darren Cave says the team cannot expect to win every game this season but will concentrate on picking up as many points as possible.

"We're not going to win every match this season so there's almost a case that the sooner the streak ends, the sooner people stop talking about it," said Cave.

Ulster aim for the 12th straight win of this season when they face the Scarlets in the Pro12 in Wales on Sunday.