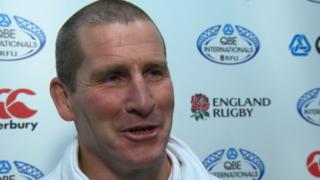 England head coach Stuart Lancaster says his side's 38-21 victory over New Zealand at Twickenham is "something I dream about".

Three second-half tries gave the home side a moral-boosting win over the world champions.

Lancaster says England were "outstanding", and feels the recent defeats to Australia and South Africa only "made the group tighter".