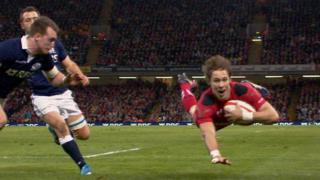 The hosts stormed to a 44-3 lead after just 53 minutes before Scotland offered any telling resistance, with Rhodri Williams adding Wales eighth and final try five minutes from time.