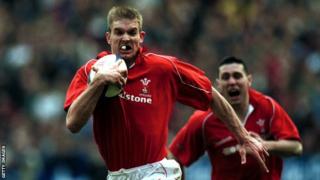 Dafydd James rounded-off a superb team move as Wales recorded a second successive away win over France in the 2001 tournament.