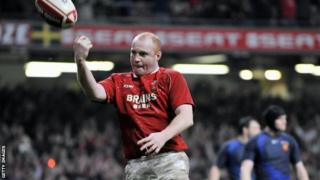 Open-side Williams scored the try that put the icing on Wales' 2008 Grand Slam victory against France in Cardiff - so he can be forgiven for selecting this particular score.