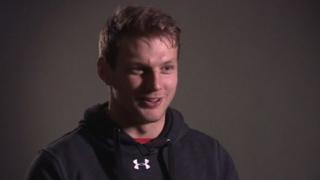 Ireland outside-half Johnny Sexton is the best number 10 in the world, according to Wales fly-half Dan Biggar.

Grand Slam-chasing Ireland travel to the Millennium Stadium on 14 March.

Wales know if they win it will put them back in the Six Nations title race.

Biggar tells BBC Wales Sport's rugby correspondent Gareth Charles he is looking forward to the challenge of taking on the "best side in Europe".

Spurs edge to victory against Fulham