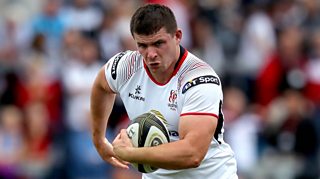 Ulster back row Nick Timoney says that he has put hopes of earning an international call-up to the back of his mind as he focuses on earning a regular place in the province's starting 15.

The 23-year-old Dubliner made an impressive start to the season in Ulster's dramatic 15-13 win against Scarlets.

Flanker Jordi Murphy is set to make his Ulster debut against Edinburgh on Friday which will likely signal a shake-up in the back row. Sean Reidy and the fit-again Marcell Coetzee started the Scarlets game alongside Timoney.