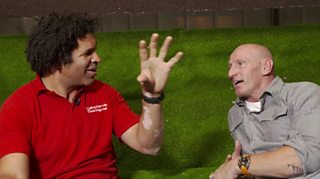 Colin Charvis tells fellow former Wales captain Gareth Thomas about the time he was second in a poll of the most hated men in Wales.

It followed Charvis being photographed smiling as Wales lost to Italy in the 2003 Six Nations.

Watch the interview, rugby highlights and analysis on BBC Two Wales, Sunday, 9 September from 18:00 BST and on demand.

Scottish Premiership: Livingston 0-0 Celtic - can Lennon's side cut gap to 18?