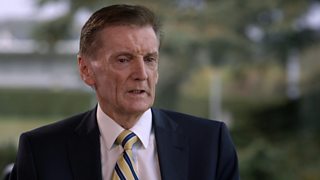 The third episode of Scotland's Game - 'The World Stage', the series that tackles the last 30 years of Scottish football, turns the spotlight on the nation's performances and standing on the international stage.

In this clip from the programme, former Scotland manager Andy Roxburgh talks about the disappointment of defeat at Italia 90 and the reaction of the media to Scotland's performances.

Scotland's Game 'The World Stage' will be shown on BBC One Scotland on Thursday 8 September 2016 at 9pm and will be available on iPlayer for seven days afterwards.