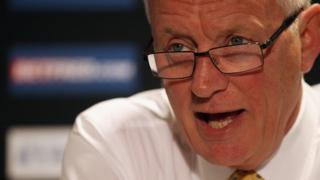 Hearn promises no changes for Worlds

World Snooker chairman Barry Hearn reassures fans he will not make alterations to the upcoming World Snooker Championship, saying the tournament "is the pinnacle of our sport and it's got history and that I will not touch".

In December Hearn received criticism from some parts of the Snooker world, including Mark Allen, for reducing the first and second-round matches of the UK Championship from 17 frames to 11.

Hearn says "only a braver man than me would change the World Championship, that event has to stay as it is duration-wise".

Who next for Celtic? - reaction as Lennon quits as manager