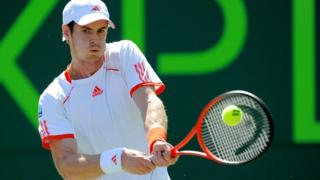 British number one Andy Murray admits he is better equipped to deal with a "bad loss" under new coach Ivan Lendl, as he prepares to face Canada's Milos Raonic on Sunday in Miami.

Murray eased through his second-round match against Colombian Alejandro Falla at the Miami Masters 6-2 6-3, and credits some of his success to the influence of the eight-time Grand Slam winner.

Murray says Lendl's approach of asking lots of questions is "refreshing" and reveals the Czech used to try out his rivals' racquets to discover their weaknesses.