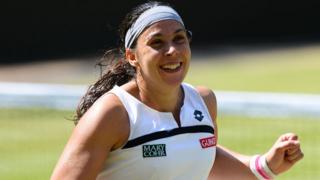 Bartoli was in control right from the beginning of the match and despite losing her serve in the eighth game of the second set, she went on to clinch the championship with an ace.

This was Bartoli's 47th major appearance and her first Grand Slam win.