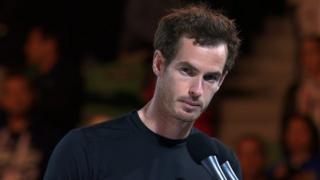 British number one Andy Murray says he will return next year and try again to break his duck in the Australian Open after losing to Novak Djokovic in his fourth Melbourne final.

After congratulating his opponent Murray thanks the fans for backing him at what he calls his "most consistent tournament".

Inside Levy's 20 years as Spurs chairman