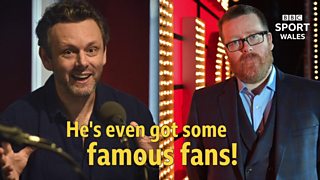 'Boyle and Sheen helped get me to Games'

Thomas, 22, won Commonwealth bronze at Glasgow 2014, but then suffered with injury and depression before briefly losing his funding.

Now, ahead of his second Commonwealth Games, he says he's back on track thanks to the public's support, and is hoping for another medal.