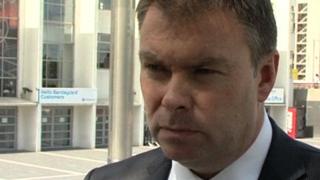 Badminton England chief executive Adrian Christy says results at the World Championships at Wembley are not down to inadequate preparation.

But Christy claims preparations for the event were "fabulous" and that the sport is moving in the "right direction".