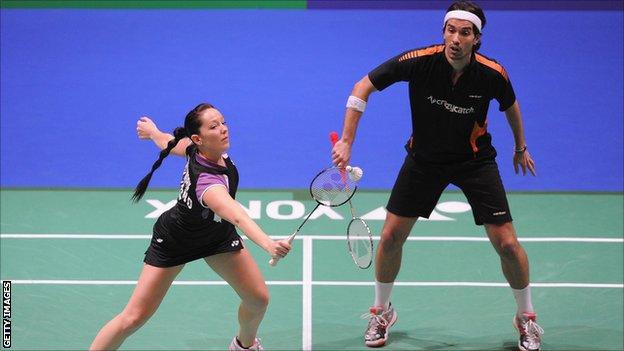 The pair add the Polish title to their triumph at the Swedish International in Stockholm in January.

For both pairings, the victories give them what could be crucial ranking points in the race for selection for Team GB at London 2012.

Robertson and Wallwork are chasing fellow British pair Chris Adcock and Imogen Bankier for a place in London.

The highest pairings in both the doubles and mixed doubles world rankings on 3 May are most likely to represent Great Britain at the Olympics.