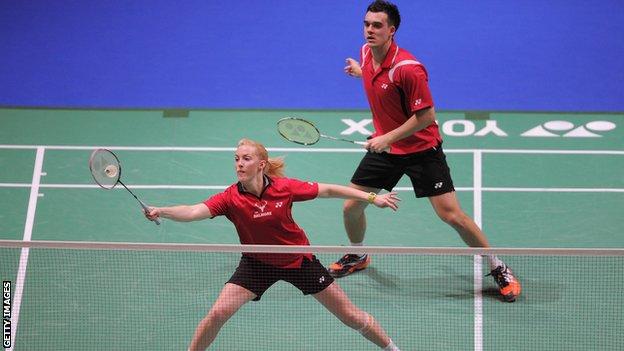 British badminton mixed doubles pair Chris Adcock and Imogen Bankier have lost in the semi-final of the European Championships in Karlskrona, Sweden.

Adcock and Bankier reached the semi-final after defeating fellow British duo Nathan Robertson and Jenny Wallwork in the quarter-finals on Thursday.

The Anglo-Scottish pair are currently ranked number 10 in the world rankings.

They took the lead 11-8 in the opener, but ended up losing 21-17 after the Polish seventh seeds were able to fight back to clinch the first set.

After taking the second set 17-21, the London 2012 hopefuls again showed spirit to fight back from being 17-8 down in the deciding game, but eventually went on to lose 21-19.

They are next set to compete in the Yonex-Sunrise India Open Superseries event in New Delhi on 24-29 April, which is the final tournament in the Olympic qualifying period.