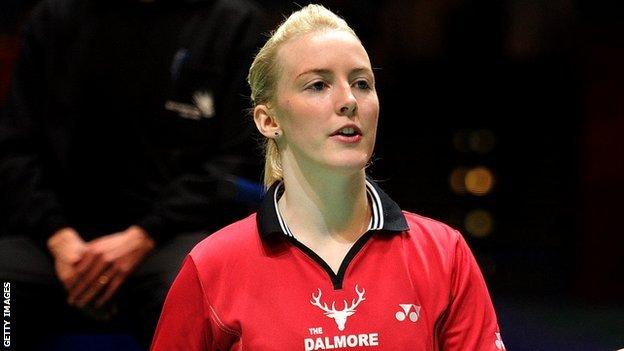 Bankier, 24, and English partner Chris Adcock, who were silver medallists at last year's World Championships, will compete in the mixed doubles.

Egelstaff, 29, will represent Britain in the women's singles, qualifying ahead of England's Elizabeth Cann.

Only four British representatives have qualified for the badminton events, to be held at the Wembley Arena.

Bankier has partnered Adcock for 19 months, and will be tipped by many for a medal after their World Championship success in 2011 - also at Wembley.

The pair are currently ranked 10th in the world, seven places ahead of three-time Olympian Nathan Robertson and his partner Jenny Wallwork.

Egelstaff, a Commonwealth bronze medallist for Scotland in 2006, is ranked 34th, ahead of Cann in 48th place.