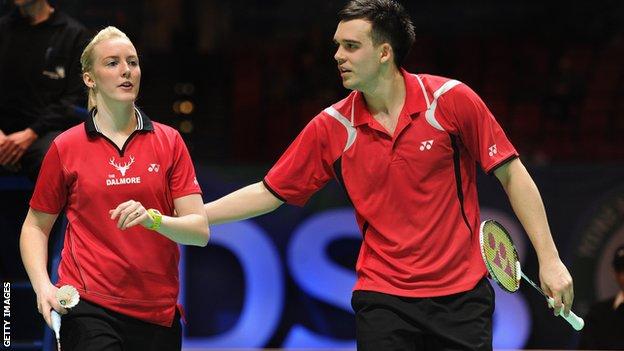 Chris Adcock and Imogen Bankier's run at the French Open was ended by world number one pair Xu Chen and Ma Jin.

The British seventh seeds were beaten for the third time in a row by their Chinese opponents, this time losing 21-14 21-19 to the top seeds.

The Anglo-Scottish pair saved a match point at 20-18 before the Chinese took victory on their second match point.

The 2011 world silver medallists are seeking to finish the year on a high after a disappointing Olympics.

They failed to qualify for the quarter-finals after losing their opening two matches in London.

Their next tournaments will be November's China Open and Hong Kong Open, the last two events of the 2012 Super Series.