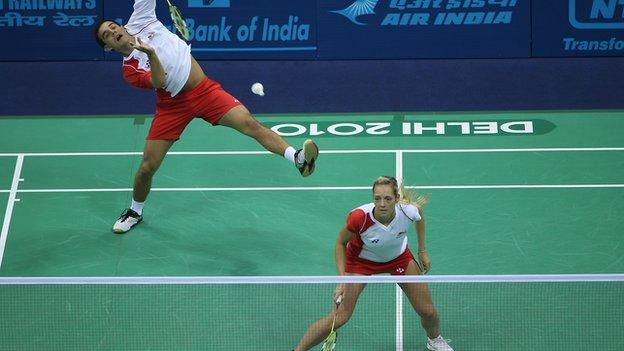 Adcock and White peaked in 2010 when they cracked the world's top 20 before coaches made a decision to dissolve the mixed doubles partnership.

But GB Badminton say the pair are to be reunited just months before they are set to marry in the autumn of 2013.

She won the 2011 world championship silver alongside England's Adcock, but the pair struggled at this summer's Olympics.

"Through this fine tuning we believe the new line up gives us a solid platform on which to establish world class mixed doubles partnerships and continue to build for Rio," said GB Badminton performance director Jens Grill.

No Britons made it to the knockout stages of the Olympic tournament.