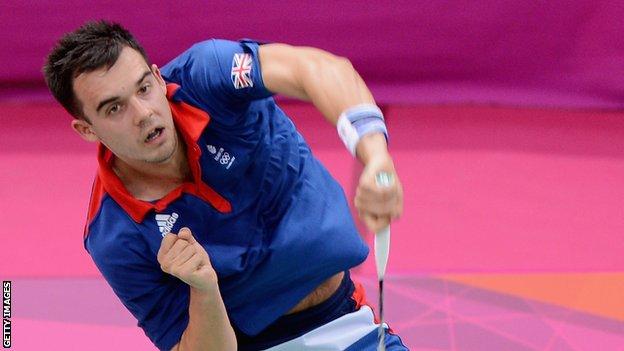 England had to settle for bronze in the European Mixed Team Championships after losing to Denmark in their semi-final.

England faced higher ranked opponents in every match but pushed the Danes all the way in a thrilling 3-2 contest.

Denmark v England at a glance

Chris Adcock and Andy Ellis produced the result of the day as they defeated world number one pair Matthias Boe and Carsten Mogensen to tie things at 2-2.

Overall victory hinged on the women's doubles, but Heather Olver and Lauren Smith could not claim an unlikely win.

England had lost to Denmark in the 2009 final and at the last-four stage two years later. This year's meeting in Moscow seemed to be headed the same way when Joachim Fischer Nielsen and Christinna Pedersen easily won the opening mixed doubles.

However, Rajiv Ouseph belied his world ranking of number 34 when he surprised Victor Axelsen 21-16 21-12 in his 49th England appearance.

But the Danish pair swept Olver and Smith aside 23-21 21-13 to end the gruelling four-and-a-half-hour meeting. The Scandinavians now face 2011 runners-up Germany in Sunday's final after they knocked out hosts Russia.