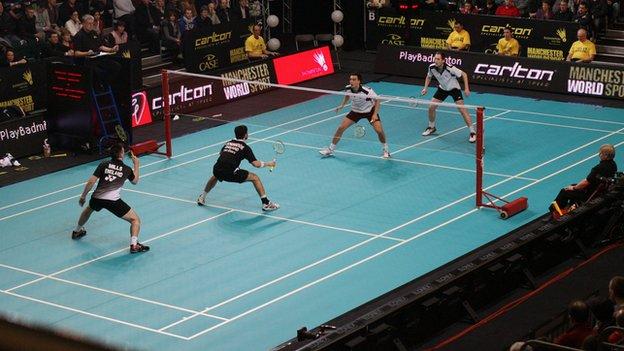 The English National Badminton Championships will move from Manchester to Milton Keynes next year.

The 2014 competition will be the first major sporting event at the new Arena MK, part of the development surrounding the ground of football team MK Dons.

Manchester has hosted the championships for the past nine years at the National Cycling Centre.

Rajiv Ouseph won a sixth consecutive title at the venue earlier this year, and will be in Milton Keynes to defend his crown from 7-9 February 2014.

Badminton England chief executive Adrian Christy said: "The time was right to move and we were inundated with towns and cities around the country wanting to host the championships, but in the end we were keen to bring the nationals to our home city.