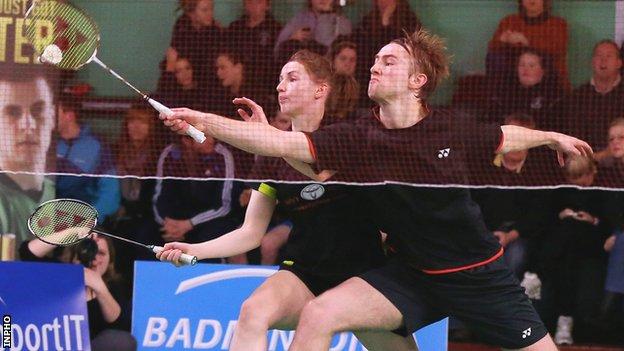 Chloe Magee and her brother Sam were beaten in the first round of the mixed doubles at the World Championships in China on Monday.

Chloe Magee will take on Hsiao Ma Pai of Chinese Taipei in the first round of the woman's singles on Tuesday.

Evans kept the Malaysian on court for 40 minutes, competing in a number of long rallies and scoring some good points before bowing out in straight sets.

Chloe and Sam Magee started brightly in their mixed doubles encounter and led 11-9 in the first set.

De Ruiter and Barning, winners of the Irish Open title last December, then took control of the match to secure a comfortable victory.

Chloe now looks forward to the singles and a meeting with Pai, who enjoyed a 21-16, 22-20 win in their last meeting at the Thailand Open earlier this year.