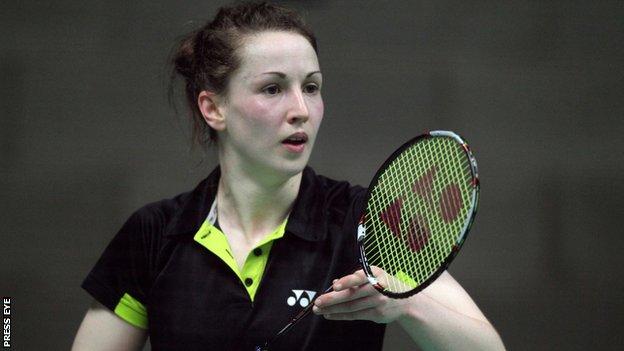 Irish involvement at the World Championships in Guangzhou ended when Chloe Magee lost in the opening round of the women's singles.

Pei had clearly upped her game since the pair last met in the Thailand Open earlier the summer.

Magee and her brother Sam were beaten by Dutch pair Jorrit De Ruiter and Samantha Barning in the mixed doubles on Monday.

The Ireland squad will now take a break before resuming training for the winter season.

Highlights will include the Irish Futures Tournament in October and the Irish Open in December with both events taking place at Baldoyle.