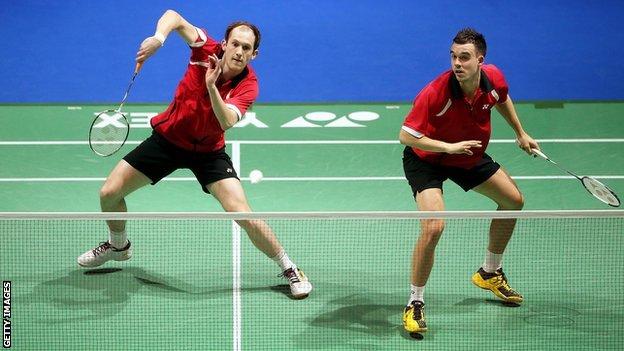 There will be no further British presence in the World Championships after a day of defeats in China.

England's Chris Adcock and Andy Ellis were eliminated in the second round of the men's doubles in Guangzhou.

In the final match involving a Briton, English national champion Sarah Walker was beaten 21-8 21-11 by fifth seed Sung Ji Hyun of Korea in the women's singles.