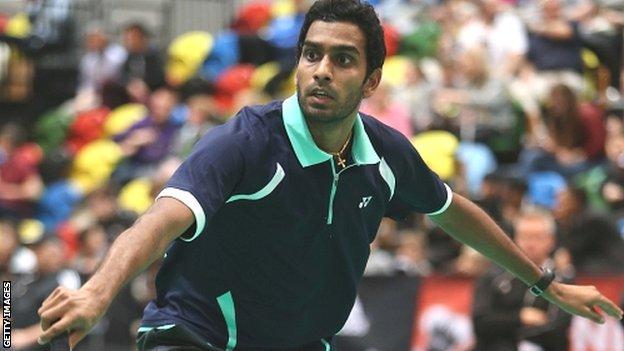 The 27-year-old six-time English champion had a first-round bye and will play Taiwan's Hsu Jui Ting next.

Birch, the only English winner in Tuesday's qualifying rounds, took the first game before being overwhelmed 14-21 21-9 21-15 by Milne.

Top-seeded Dane Jan O Jorgensen, who could meet Ouseph in the semi-finals, eased his way past Germany's Lukas Schmidt 21-10 21-11 to book his own spot in the third round.

The finals of both the women's and men's events will be played on Sunday 6 October.