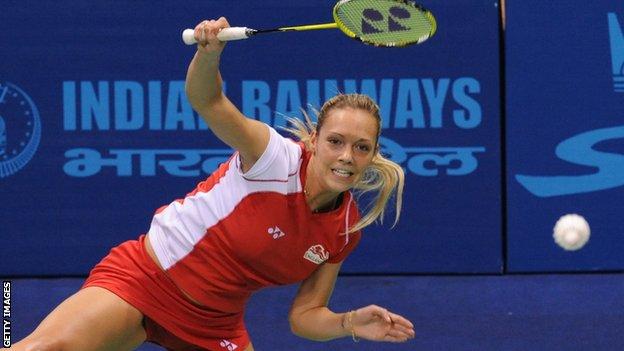 They withstood an Indonesian fightback in the first game, before taking the opener 22-20 and the second game 21-17.

The Chinese pair beat the English duo in the Odense quarter-finals in three games last week.

Adcock and White battled hard for their win in France and after leading 19-16 in the first game, they held game point at 20-19 before taking the opener at the second opportunity.

In the second game they trailed 17-16 but then reeled off five points in a row to clinch victory.

Adcock was back in action later with Andy Ellis in the men's doubles quarter-finals.

They faced Koo Kien Keat and Tan Boon Heong and took a game off the Malaysians for the first time in five meetings.

However, the Malaysian fourth seeds proved too strong, with the Commonwealth champions winning 21-11, 15-21, 21-17 after a 54-minute battle.