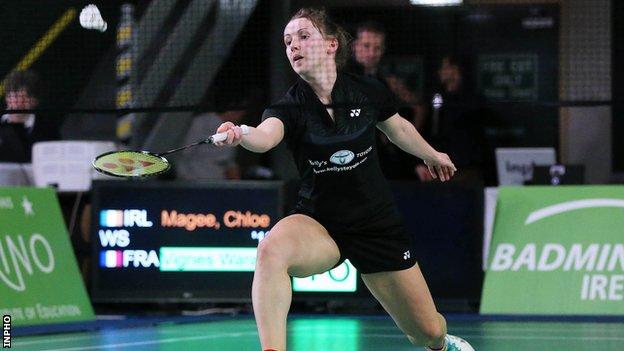 Donegal woman Chloe Magee was defeated at the last 16 stage of the ladies' singles at the prestigious All England Championships in Birmingham.

Magee, who was the last remaining European in the competition, lost 21-15, 21-12 to world number four Wang Shixian in their third round meeting.

The 25-year-old had reached the knockout stages for the first time.

She beat world 56th-ranked Ya Ching Hsu of Taiwan 22-20, 21-16 on Wednesday to reach the next stage of the tournament.

The Donegal woman had to win two tough qualifying matches to make the main draw in Birmingham.