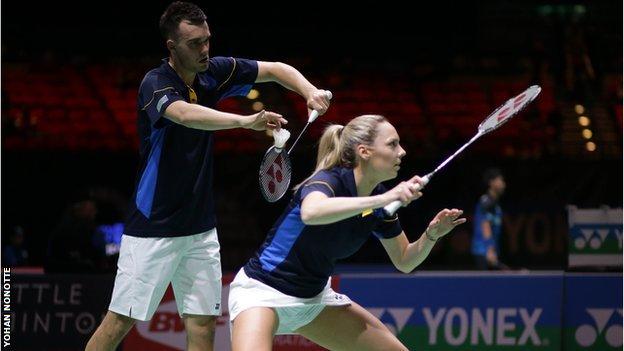 Chris and Gabby Adcock were knocked out of the All England Open at the quarter-final stage by top seeds and Olympic champions Zhang Nan and Zhao Yunlei.

"I don't think they played anything special today but our performance was very below par," said Chris.

The England pair had beaten Zhang and Zhao in the semi-finals on the way to their Hong Kong Open triumph in November, but that remains their only win against the Chinese top seeds in six previous meetings.

Friday's defeat was Chris Adcock's second by Zhang in 24 hours after losing to him in the men's doubles on Thursday.