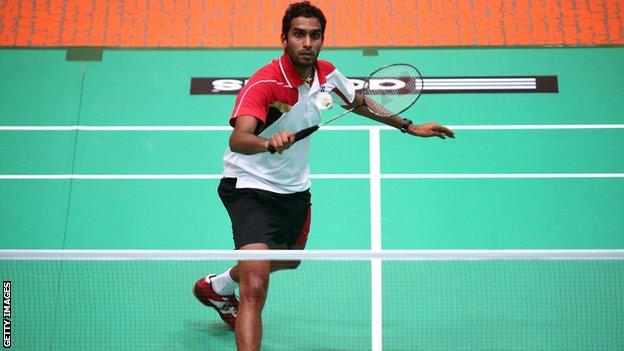 England's Rajiv Ouseph is through to the semi-finals of the European Championships in Kazan, Russia.

However, Scottish mixed doubles pair Robert Blair and Imogen Bankier were beaten in their quarter-final.

England's men's doubles pair of Chris Adcock and Andrew Ellis reached the semi-finals with a 19-21 21-17 21-8 win over Russians Nikita Khakimov and Vasily Kuznetsov, while Bankier reached the last four of the women's doubles with her Belarussian partner Petya Nedelcheva.