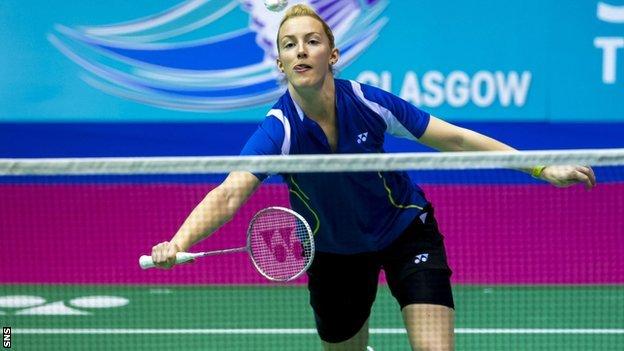 Scotland's Imogen Bankier had to settle for a bronze medal at the European Championships in Kazan, Russia.

Bankier and Nedelcheva stunned the defending champions by taking the first game 21-12, the first pair to take a game off their opponents this week.

Bankier, who also won a bronze medal in the mixed doubles at the event two years ago, will partner Scotland team-mate Kirsty Gilmour at the Commonwealth Games in Glasgow before tackling the world championships in Copenhagen at the end of August.