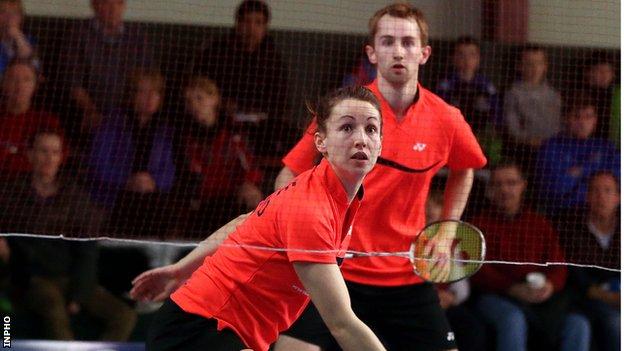 Sam and Chloe Magee are out of the mixed doubles at the US Open after losing to top seeds Maneepong Jongjit and Sapsiree Taerattanachai.

In the singles, Irish number one Scott Evans lost his quarter-final against Tien Chen Chou of Chinese Taipei.

Chou showed his experience in winning the big points at the end of the first game which he won 21-19 and the number two seed wrapped up the victory by taking the second 21-11.