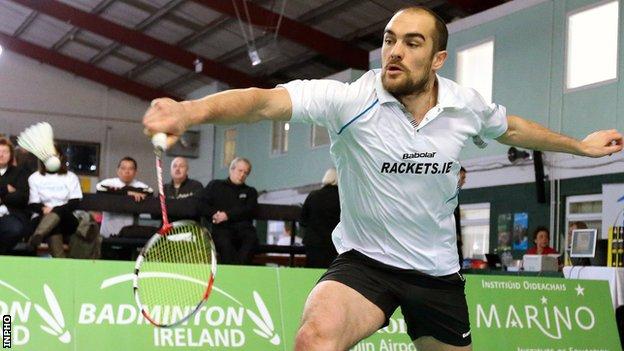 Scott Evans fought back for two games down to beat Germany's Dieter Domke 3-2 at the Brazil Grand Prix in Rio.

The Dubliner won gold for Team Ireland in the men's singles final but Sam and Chloe Magee had to settle for silver after losing the mixed singles decider.

The brother and sister from Raphoe were two games up against Max Schwenger and Carla Nelte of Germany and had a match point, but eventually lost 3-2.

The tournament was a test event for the 2016 Olympic Games in Rio.

Sam Magee and his brother Joshua were beaten in the men's doubles semi-finals on Saturday but they came away with bronze.