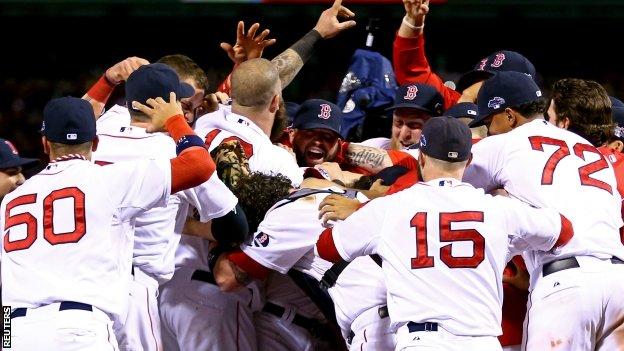 Baseball's World Series, which is the culmination of an intense six-month season during which each team plays more than 160 games, begins at Boston's historic Fenway Park on Wednesday.

And it has thrown up a classic match-up with the potential for a fairytale ending.

The presumption of calling the championship decider the World Series has always jarred with non-US baseball fans. After all, there are thriving leagues throughout Latin America, not to mention Japan.

But there is no doubt this year's Fall Classic between the Boston Red Sox and the St Louis Cardinals pits the best the US has to offer head to head. For the first time since 1999 the teams with the best records in the American and National leagues will slug it out. 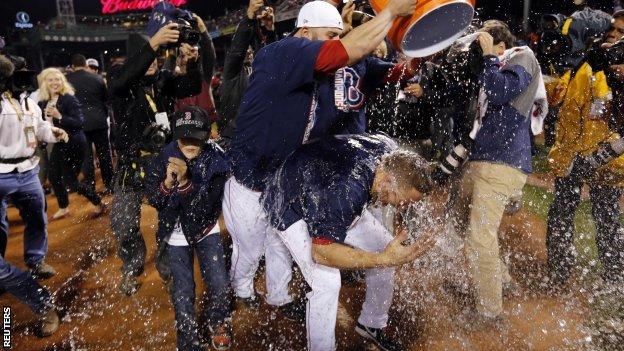 There was a time when this was the annual way of things, but first the two leagues split into divisions, and then - rather like the UK's Football League play-offs - teams finishing in second, or even third, spot got a shot at the big prize by qualifying as wildcards for the post-season - the knockout rounds at the end of the regular season.

This time, though, there is no doubt that both sides deserve their place in the best-of-seven World Series.

The red birds of St Louis have a recent record of consistent excellence. Arguably the most passionately supported team in the National League, they are perennial contenders for the big prize, and have assembled a clutch of fine young power pitchers.

But for many, the real story of the 2013 baseball season is the remarkable turnaround in the fortunes of the Red Sox - coinciding with one of the most turbulent episodes in the history of the city.

What is the World Series?

The winners of the rival American and National leagues play a best-of-seven game series. The winner is crowned world champion.

The regular season stretches for 162 games from April to the end of September.

The winners of each of the three divisions - West, East and Central - and the two teams with the next best records play in a knock-out phase known as the post-season.

In each league, this starts with a match-up of the wild card teams, followed by two Divisional series. The winners of these series contest the Championship series to determine the two teams to contest the World Series.

This time last year the Sox were in disarray, finishing bottom of the American League East with 93 losses in the season.

It was their worst season since 1965, and followed on from a traumatic year in 2011, which cost the job of Terry Francona, who, in 2004, had become the first manager to land a World Series win for Boston in 86 years.

Major surgery was required, and began even before the end of the 2012 season, with some of Boston's most expensive players being transferred to the Los Angeles Dodgers in a high profile - and high risk - deal.

The trade released the Sox from $270m (£167m) of future salary commitments, and enabled the club to begin the rebuilding process. During the close season, they remodelled the batting line-up, adding cheaper players such as Mike Napoli and Shane Victorino to proven favourites Jacoby Ellsbury, Dustin Pedroia and the ageing slugger David "Big Papi" Ortiz.

The mix, under new manager John Farrell, proved an instant success, and the Red Sox were clear winners of the league in which they had finished bottom in 2012.

The fatal Boston Marathon bombings in April, near the start of the 2013 season, seemed to act as a catalyst to help gel the new team, whose on-field success provided something of an antidote to the trauma keenly felt across the New England area.

The spirit of defiance and civic pride was powerfully articulated by Ortiz, a naturalised US citizen from the Dominican Republic, who told a highly emotional crowd at Fenway Park days after the bombings: "This is our f****** city and nobody is going to dictate our freedom."

Radio stations that unwittingly broadcast the profanity could have faced fines. 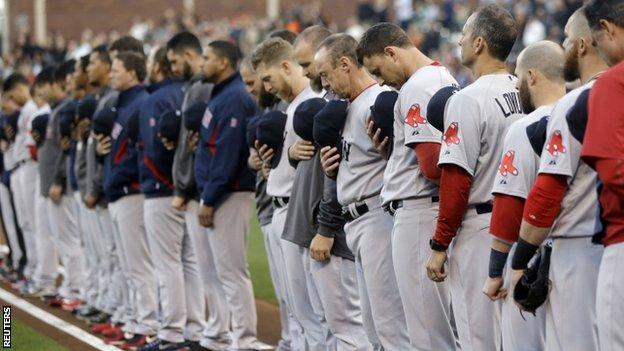 But Julius Genachowski, head of the Federal Communications Commission, was instead moved to tweet: "David Ortiz spoke from the heart at today's Red Sox game. I stand with Big Papi and the people of Boston."

Ortiz, already one of the best-loved sportsmen in New England history, became a symbol of Boston's determination to stand firm in the face of tragedy. A line in Ortiz's 'F-bomb' t-shirts sold briskly. On the field, too, he played a central role as the team went from strength to strength.

At one point a remarkable high summer winning streak by league rivals the Tampa Bay Rays threatened to claim top spot in the division, but a late season surge saw the Sox pull away to claim their first divisional pennant since their last World Series victory in 2007.

That win came three years after Francona's team finally broke the 86-year Curse of the Bambino, said to have been placed on the club when they sold Babe Ruth, baseball's greatest star, to the New York Yankees after winning the World Series in 1918.

The 2004 Red Sox were renowned for their team spirit: they grew their hair long, in contrast to their fierce rivals, the Yankees, whose players are contractually obliged to remain clean cut, and revelled in the nickname, The Idiots.

That loose-limbed mentality helped them produce the greatest-ever post-season comeback - from 3-0 down in a seven-game series against the Yankees, and they went on to sweep the World Series 4-0. Their victims? The St Louis Cardinals.

The 2013 team has sought to replicate that spirit of togetherness, this time by growing long, bushy beards.

The free scoring of the regular season has been becalmed in the post-season, but the charismatic Japanese closing pitcher, Koji Uehara, has been pretty much unplayable, allowing the Sox to defend narrow leads in a succession of tight games.

The Red Sox and the Cardinals have a rich World Series history. The Sox made the Fall Classic just twice in the 30 largely fallow years following the Second World War, and on both occasions they lost in the final, the seventh game, to the 'Cards'.

The second defeat came in 1967 in circumstances oddly similar to this year. The Red Sox had won the American League 12 months after finishing last, and with no expectation of success.

They were denied at the last, however, by a St Louis team featuring Bob Gibson, one of the most daunting pitchers of all time.

That season is recorded in Red Sox history as 'The Impossible Dream'. Should their 2013 successors reverse that result, they would prove to their home town that improbable dreams - even against the most painful of backdrops - sometimes come true.