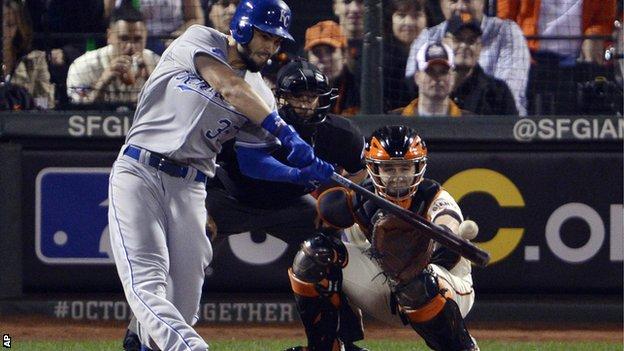 Kansas City Royals beat San Francisco Giants 3-2 in Game Three of the World Series on Friday evening to take a 2-1 lead in the best-of-seven series.

Veteran Giants pitcher Tim Hudson, 39, gave up a run in the first inning when Lorenzo Cain drove in Alcides Escobar.

Alex Gordon and Eric Hosmer drove in two more in the sixth to make it 3-0 but the Giants' rally was too late and the visiting Royals' bullpen held firm.

But with only a slender one-run lead to preserve, the bullpen threw four shut-out innings as closer Greg Holland picked up his seventh save of the post-season.