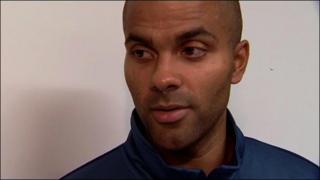 San Antonio Spurs star Tony Parker is impressed with both the London 2012 basketball venue and the Great Britain team after top-scoring for France in their win over GB at the Olympic test event.

Great Britain lost 82-60, with Parker scoring 23 points for a France team which boasted six current NBA players in their squad.

Watson one of 47 in Melbourne quarantine