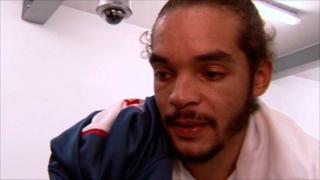 France star Joakim Noah defends Chicago Bulls team-mate Luol Deng and tells British fans not to be "too hard" on the Londoner for missing the 2012 Olympic test event tournament.

Deng, who is hosting a youth training camp in Loughborough, was clearly missed as Great Britain lost 82-60 to France on Tuesday night.