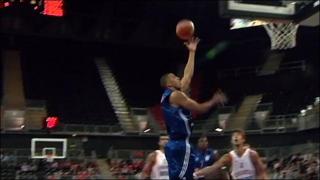 GB put in a much-improved performance as they narrowly lose to Croatia 75-70 on day two of the test event at Olympic Park.

Joel Freeland top-scores in the match as GB threaten a sensational fourth-quarter comeback, the home side rallying from 14 points adrift to move within three with 11 seconds on the clock.

GB are once again without their highest-profile player, Luol Deng, who will not feature until the weekend's games against China and Australia.

GB face Serbia on Thursday at the test event, the first action at the London 2012 Olympic Park.