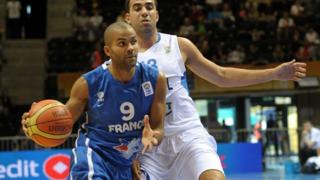 Elsewhere, Macedonia edge a thriller against Balkan rivals Croatia, there are wins for Russia and host nation Lithuania, and Bulgaria claim their first ever victory in basketball's European Championship.