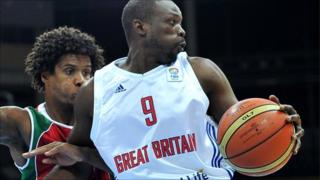 In what could be their penultimate game of the European Championships, Great Britain secure their first win at the event with an 85-73 victory over Portugal.

Chicago Bulls' Luol Deng led the team to victory with 32 points and 10 rebounds. Great Britain need to win their next game against Poland on Monday to have any chance of progressing to the second group phase.