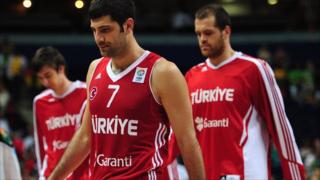 Heartbreak for Turkey at Eurobasket

Serbia beat Turkey 68-67 at the Eurobasket to end Turkish participation in the tournament and end their hopes of competing at London 2012.

Meanwhile, Spain beat France 96-69 to set up a meeting against either Slovenia or Finland in the last eight, while Lithuania take third place in Group E with victory over Germany.