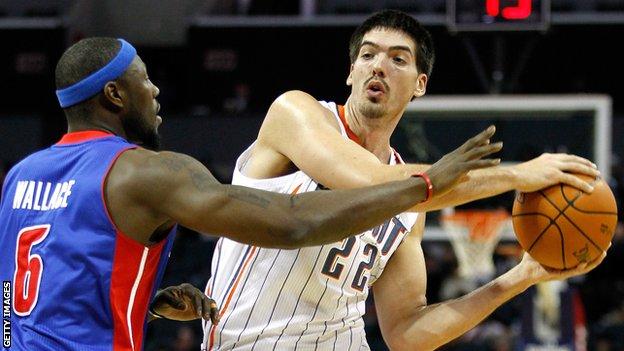 The seven-foot Charlotte Bobcats centre, 23, was born in Ohio but his mother is from Middlesex.

Mullens wrote on Twitter: "Yessir. I will be in London this summer! 2012 summer Olympics." He also posted a picture of his new passport.

Mullens is in his second season with the Bobcats after being traded from Oklahoma City Thunder.

Great Britain are strong in his position with players like Pops Mensah-Bonsu, Joel Freeland and Robert Archibald but Mullens' experience in the world's top basketball league gives him a strong chance of making coach Chris Finch's squad.

Forward Deng is an established GB player while Pistons' guard Gordon has confirmed his intention to play for the national team.