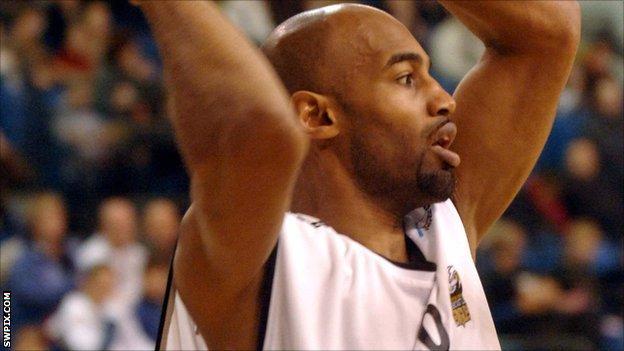 Newcastle coach Fab Flournoy believes Plymouth's BBL Cup heartache in January has acted as an incentive for revenge in this season's trophy double-header.

Flournoy's Eagles beat the Raiders 115-94 in the cup to pick up the season's first silverware but trail Plymouth by nine points after the first leg.

"We made a monster, we made this team more determined and ambitious to beat us," Flournoy told BBC Newcastle.

"Since then, it's a case they want to win, so they can prove to the rest of the league that is not just the Newcastle Eagles."

The one test to the Eagles near-peerless record since the turn of the year has come from the Raiders, with two defeats from five encounters this season.

One of those losses came at Sport Central in the BBL Championship, only the second of the campaign for the league leaders and that performance has given the visitors heart - particularly with the first-leg lead.

"We can't think about the margin, and start thinking 'we can keep them to four of five points'. We have to look to win the game," said Raiders captain Anthony Rowe.

"A lot of things went well for us up there last time, and we need to repeat that."

Eagles mainstay Charles Smith was the star of the BBL Cup victory against Plymouth in January, scoring a record 39 individual points.

The 36-year-old, now in his eighth season on Tyneside, opted against retirement in the summer following a barren 2011 campaign, and is already focused on adding another trophy medal to his collection of honours.

"What I really want to be known for is winning," Smith said.

"The next one up is the trophy on Friday, and that was key to me coming back this season - winning silverware.

"Standards are high here, we came out strong in the cup game, and we want it.

"We've got to come out strong and try to control the game."