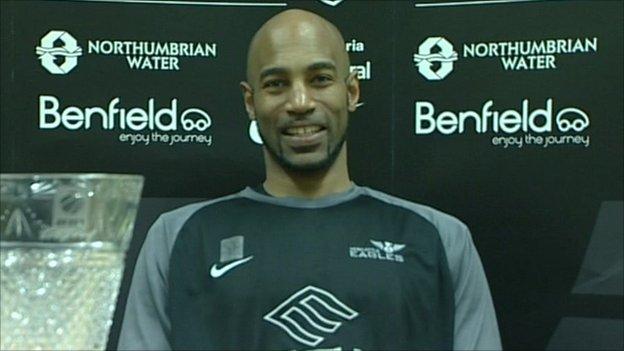 Newcastle Eagles coach Fabulous Flournoy believes their British Basketball League rivals will be out to halt their 2012 'grand slam' hopes.

Eagles added the league to BBL Cup and Trophy wins this week, and now need the play-offs to cap off a clean sweep.

"Everyone inside the organisation wants this, and everyone outside us doesn't," Flournoy told BBC Newcastle.

"This will be the hardest because everyone is against us to stop that from happening."

Flournoy added: "We're going to stand in their way, that's what the motivation is and fuelling the fire right now."

The last time the Eagles won all four honours in a season was in 2006, although the club has picked up one or more of the different trophies on several occasions since.

This season's league triumph was their fifth in total, and comes with four regular seasons left to play.

"It's a big honour winning this, because it marks consistency across the season," Flournoy continued.

"We really wanted this one, this is a statement from the club."