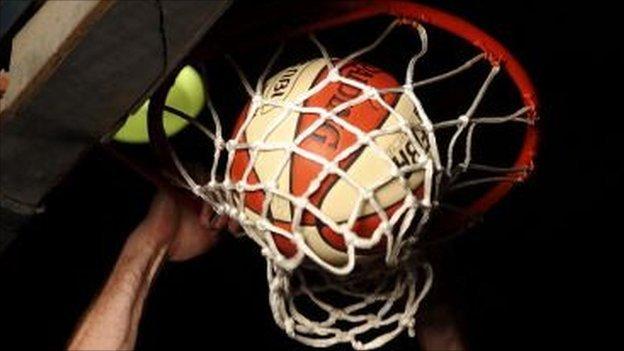 London Leopards hope to be playing in the British Basketball League in the next two years.

"It (a BBL place) will be either next season, or the season after. We're still talking to them," general manager Dave Ryan told BBC Essex.

"It's a big jump and we're at a new venue in Basildon which takes time to build-up," he added.

"Obviously its easy to build-up when you are winning more games, and we will win more games in the EBL."

The Leopards, who play their home games in Brentwood and Basildon, won 25 of their last 26 matches this season, and won the League, Cup and play-offs treble.