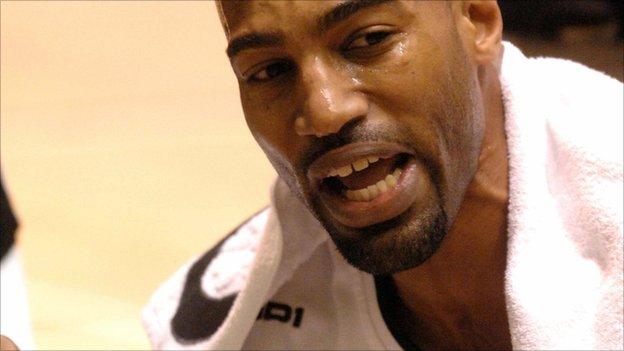 Newcastle Eagles player-coach Fabulous Flournoy has said his players "had a point to prove" in winning the British Basketball League play-offs for 2012.

This reinforces what we're trying to do... keeping the core the same and making sure the fire burns in the furnace

Flournoy's side won all four competitions, sealing the 'clean sweep' with Saturday's 71-62 victory against Leicester Riders in Birmingham.

"This group had a point to prove all season," Flournoy told BBC Newcastle.

"It became so important for us to establish ourselves as a dominant team, we had a lot of planning and old legs."

He added: "The trophy shows what we had to put into it."

The Eagles' success of 2012 is in contrast to the club's trophy-less campaign last term - their first season without an honour since 2004.

Joe Chapman's return from a serious Achilles injury, Flournoy's recovery from a severe bout of pneumonia and a returning Charles Smith all added to the Eagles' will to bring silverware back to the North East.

"It was a basketball season in which we had a lot of inner pressure on ourselves to be successful and get back on it," Flournoy continued.

"There were questions as to whether or not we were still as good as we were, or whether there was a change of the guard in terms of being successful over a number of years.

"This reinforces what we're trying to do, establishing ourselves as a club, a team, working on grassroots, keeping the core the same and making sure the fire burns in the furnace."