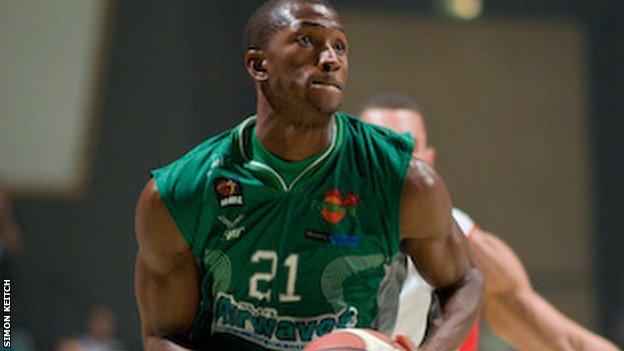 Plymouth Raiders have re-signed Drew Lasker for a third time after he agreed to a one-year deal at the BBL club.

The 31-year-old American guard now qualifies as a home-grown player after marrying his British wife.

He first joined Plymouth in 2005 and became a BBL All-Star in the following four years he spent at the Pavilions.

He left in the summer of 2009, but rejoined the club for a brief spell that winter, and played for Guildford Heat in the BBL last season.

He follows captain Anthony Rowe in agreeing to join the club for next season.

"At the end of the day he's committed to the Raiders, he knows how big the club is.

"Last year he had a solid year with Guildford and this year under the system that I want to use [him] and the way I'll use him he'll excel."