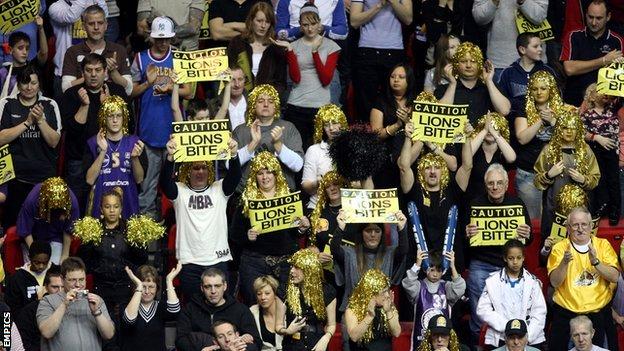 The future of MK Lions is unclear amid reports that they are set to leave Milton Keynes after 15 years.

The club have been unable to secure a new home in the city after the lease on their Winterhill arena expired.

"They are part of the city's strong collection of instantly recognisable sporting teams, along with the MK Dons and the MK Lightning ice hockey squad."

The franchise has been based in Milton Keynes since moving from Hemel Hempstead in 1998.

The team won the BBL [British Basketball League] Cup in 2008 but last season finished ninth in the league.

They have played at three different venues during their time in Milton Keynes, but plans to move to an arena adjacent to Stadium MK, the home of the city's League One football club, failed to materialise.

And with the start of the new BBL season only two months away, reports claim that chief executive Vince Macaulay has decided enough is enough.

A league spokesman told BBC Sport: "We are in discussions with the franchise owners at the current time."