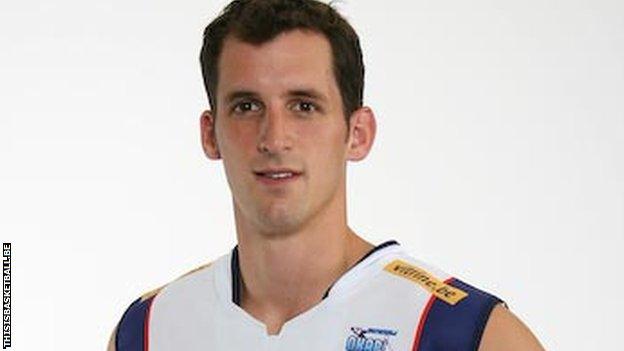 Huffman, 27, graduated from Brown University in the USA and spent three seasons with Okapi Aalst in the Belgian League before his move to Landstede.

"In Damon I hope we have signed a savvy floor general who can run our team," player-coach Fab Flournoy said.

"Also someone who can get on his own offensive when we need him to."

Managing director Paul Blake revealed the Eagles discovered Huffman when taking part in a mid-season tournament in the Netherlands earlier this year.

"Both Dave and Fab viewed Damon as a great option for us at some point in the future, following the Holland tournament," Blake said.

"We are very pleased to announce that we have been able to come to an agreement.

"I spoke with GB coach Chris Finch about Damon last week and got some very positive feedback."

Eagles will be without Paul Gause for the forthcoming campaign after he confirmed a move to the Slovakian League.