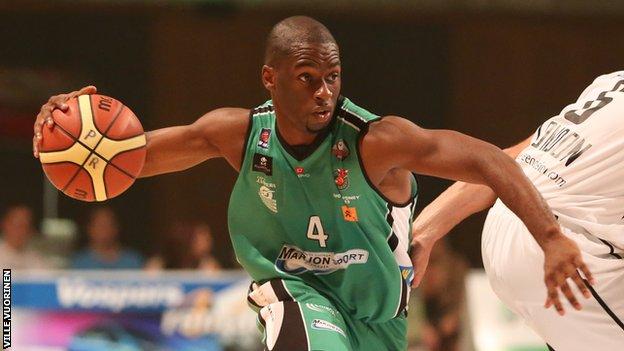 Plymouth Raiders took revenge for by beating the Guildford side 79-74 in the BBL Cup quarter-finals on Saturday.

The Raiders led from early on in a close encounter where Jeremy Bell top-scored with 28 points and Colin O'Reilly claimed 17.

Plymouth will face Newcastle Eagles in the semi-finals, the side that beat them in last year's final.

On Sunday they followed up the win with a 86-83 victory at Manchester.

Mike Ojo hit 18 and Drew Lasker got 16 as the Raiders overturned a first-quarter deficit to stay fifth in the BBL Championship.